Welcome to our 85th ANNIVERSARY SEASON AT DEERTREES! 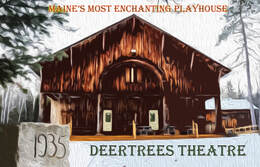 ​Thank you for supporting Deertrees Theatre and the Arts!

A $2.00 Heritage Fee is included in each ticket price.  This will help us continue to restore and improve our Historic Theatre.

Thank you and Enjoy the SHOWS!
Calendar
Sound of Music Sing-Along!
Tickets 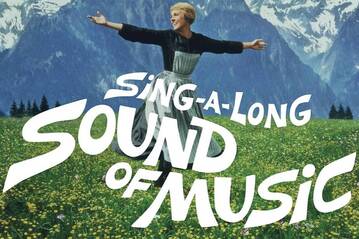 History
Let’s start at the very beginning, a very good place to start…
Allegedly the first ever sing-a-long happened at an old people’s home in Inverness. The nurses wanted to involve the old people in an interactive group therapy and so screened Seven Brides For Seven Brothers and gave out song sheets so that everyone could sing-a-long. The idea was then developed for the Gay and Lesbian Film Festival in London in 1999 before opening at the Prince Charles Cinema in August of that year. Initially, there was an eight-show run but the show sold out very quickly, picking up amazing TV coverage and amassing a stack of newspaper stories. The regular shows of Sing-a-long-a Sound of Music then began at the Prince Charles Cinema and the show has been running there ever since.
Sing-a-long-a Sound of Music has been on tour around the UK since January 2000 visiting almost every major venue in the country. In 2001 over 7,000 dressed up to an outdoors sing-a-long-a at the famous Kenwood House in London. The show has also taken the world by storm including Amsterdam, Dublin, New York, St Louis, Philadelphia, San Francisco, Toronto, Sydney, Melbourne, Auckland, Oslo, Stockholm and many other major cities around the globe. A highlight has been a series of sell-out performances to 18,000 people each time at the famous Hollywood Bowl.
In 2001, Elton John and 40 of his friends dressed up as nuns to ‘sing-a-long with Julie,’ hiring the show for a private party to celebrate David Furnish’s birthday. After a celebratory lunch at the Ivy, the party of 40 donned habits and tuned their vocal chords to sing-a-long and celebrity faces spotted under their wimples included Elton and David, Lulu, Janet Street Porter, Neil Tennant of The Pet Shop Boys, Hugh Grant and Joan Collins.
Sing-a-long-a Sound of Music was followed by the first ever live show – Sing-a-long-a Abba which celebrated its 10th Anniversary with a tour in 2011.  It enjoyed a highly successful run at The Whitehall Theatre in London’s West End in 2003 and has played in Toronto, New Zealand and St Petersburg, Russia, as well as a sell-out run at the Edinburgh Festival in 2002.
​
DONATE NOW