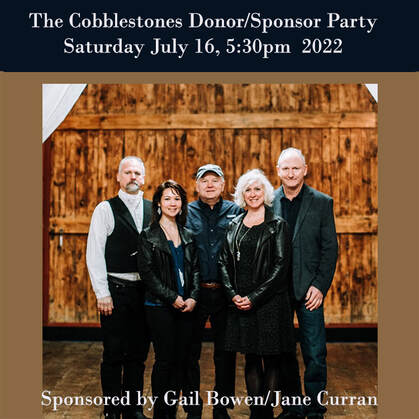 
The Cobblestones Band will play at our Donor /Sponsorship party on Sat July 16th from 5:30 to 10:00pm


The party is sponsored by Jane Curran and Gail Bowen and will offer complimentary food and a cash bar at the Salt Lick Cafe!  Come dance and mingle and listen to great music in our Art Gallery and Salt Lick Cabaret space and on our back porch under the Maine stars!

This event is free for all donors and sponsors and volunteers at Deertrees Theatre.  A suggested donation of $10 / per person is encouraged for all other patrons. 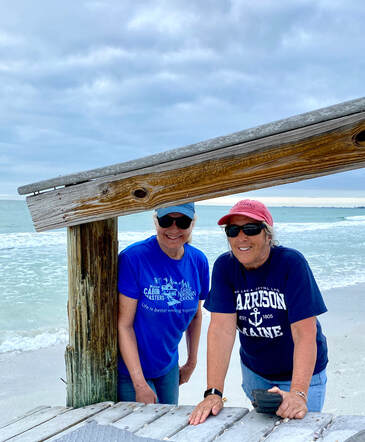 Jane Curran and Gail Bowen Sponsors!
​The Cobblestones are a band from Southern Maine playing a variety of songs from artists such as Mary Chapin Carpenter, Natalie Merchant, Sarah Jarosz, Aoife O'Donovan, Bonnie Raitt and many more.  You'll recognize many songs but you won't hear the same songs that other bands play.  In addition to hits old and new, you'll hear beautiful songs that are little known classics and we'll introduce you to some of today's most talented songwriters.  We are also starting to produce originals and look forward to introducing them to the set lists in 2017. Band members are Carolyn Plourde, Michael Plourde, Danielle Tran and Steve Moore. We specialize in great songs featuring passionate vocals, guitars and tight harmonies. 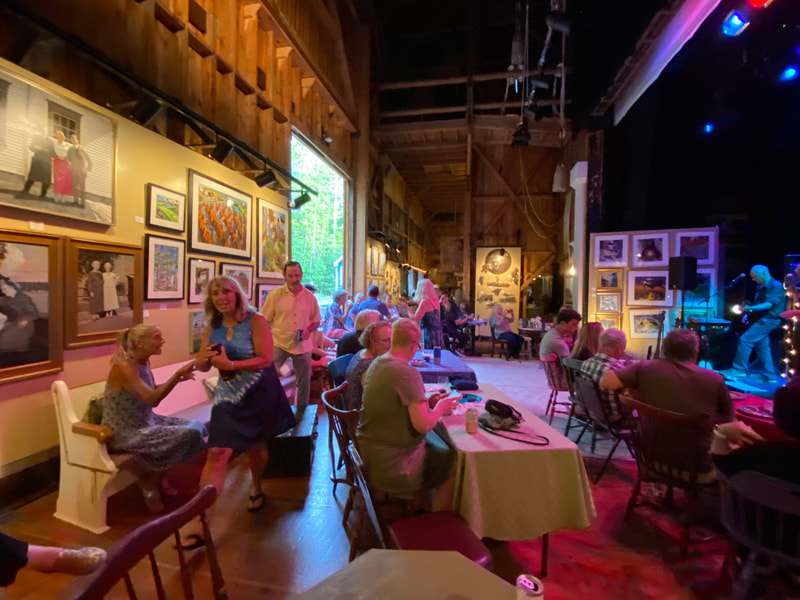 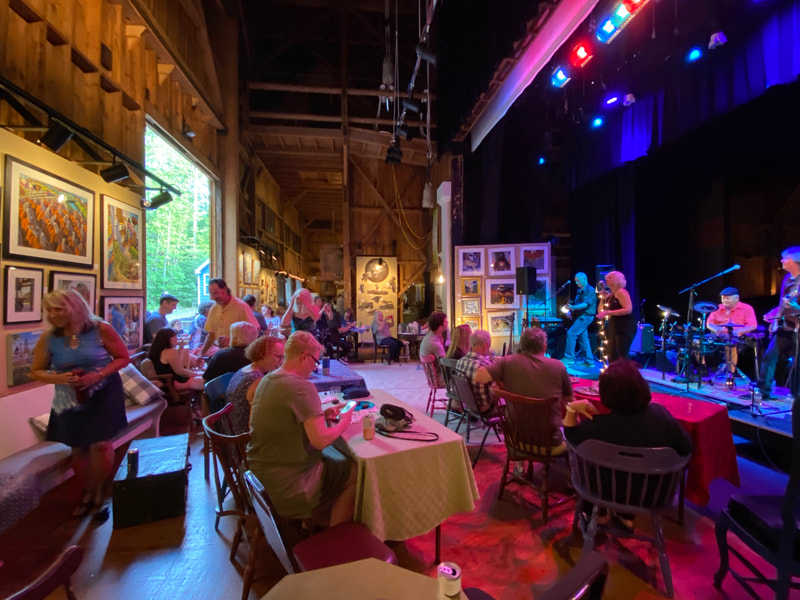 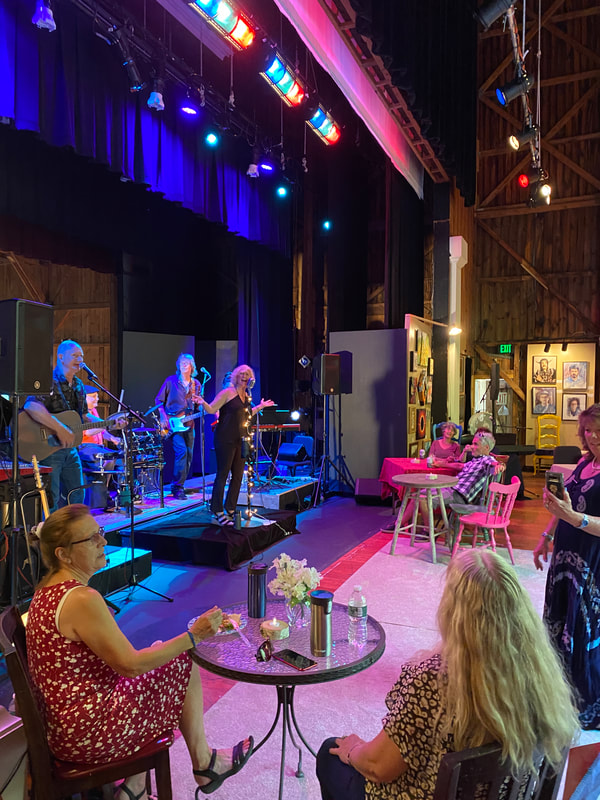