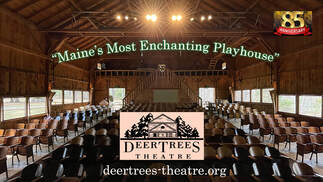 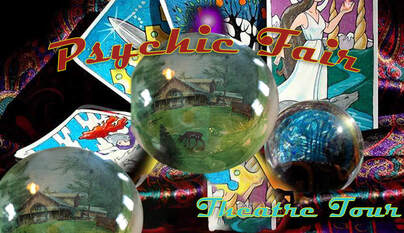 "A magical time IS guaranteed for all... "  Get your tickets early!

Deertrees Theatre will present music, art, magic and psychic thrills!  Come explore the theatre and grounds and have your cards read or your future told.  There will be outdoor rock painting and crafts for the kids and music in the Salt Lick cafe.  $12 tickets cover the magic shows.  There will be two 20 minute shows in the theatre.  Psychic readings can be purchased separately at the tents (or in advance online.)  Tickets on sale soon for readings.

OUR MAGICIAN:  Phil Smith, master magician, entertains children, and adults. He entertains at homes, schools, and many other settings from Maine to Boston and beyond. Smith is a ‘kid at heart,’ which makes his magic dazzle everyone.
After training with world renown magician, Jeff McBride, Bob Fitch, and many other stars of magic, Smith went on to win magic competitions in Maine, several times. He’s performed thousands of amazing magic shows.  abracadabraprod.com 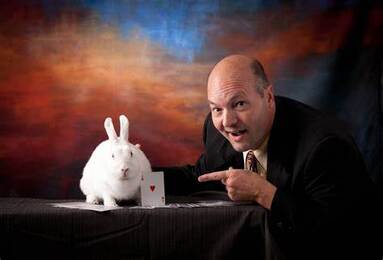 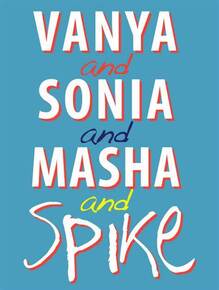 June 24-27  Vanya and Sonia and Masha and Spike ​Times 7:30PM  $34
​Thurs - Sunday
A hilarious, lake house-centered, Tony Award® winning comedy by Christopher Durang. Vanya and Sonia and Masha and Spike revolves around three middle-aged single siblings, two living in their parents’ home during a visit by the third, Masha, an actress who financially supports their lives. Masha arrives with Spike, a very young man, and the antics escalate to hilarity heights! Revisiting their lives and loves, Masha threatens to sell the lake house. This dysfunctional trio of siblings' antics deliver laughs every minute as they face the onset of middle age...
Some of the show's elements were derived from works of Anton Chekhov, including several character names, the play's setting in a cherry "orchard", and the theme of the possible loss of an ancestral home.  This show will surely keep you laughing out loud in your seats!   Watch the Broadway Trailer below!
Tickets $32 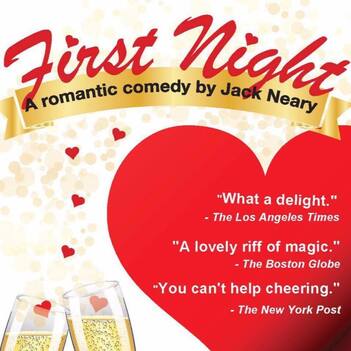 Join us for a nostalgic trip back to 1986 to a time of video stores and No CELL PHONES!  A bright, warm comedy about dreams, life, and love, that had critics and audiences cheering at its premiere. Danny Fleming had convinced himself that life’s dreams can’t be anything more than dreams. Then back into his life walks his eighth-grade crush, Meredith O’Connor – only now it’s Sister Meredith Louise, and it becomes a New Year’s Eve to remember.

JOHN MANNING (Danny Fleming) is thrilled to be back with Acting Out Productions where he previously played Victor in THE GATHERING and Ichabod Crane in THE LEGEND OF SLEEPY HOLLOW. Some credits include: Flip Whitham in the upcoming film PARALLEL AMERICA, directed by Oscar-winning writer Ernest Thompson, Gander in CHARLOTTE’S WEB at the Wheelock Family Theater, and Henry Higgins in MY FAIR, LADY at Stage 284.
JOCELYN DUFORD (Meredith O’Connor) holds a B.A. in Theatre from Dartmouth College with a focus on acting and sound design. Recent credits include Georgia in GEORGIA O’KEEFE PAINTS PARADISE and Nancy in KINDNESS AND CRUELTY: WILLA CATHER IN JAFFREY. Favorite past roles include the title role in MARY POPPINS and Kate Monster in AVENUE Q. Jocelyn’s website is www.jocelynduford.com
JACK NEARY (Playwright/Director) has written a number of original family plays for Acting Out, including FINAL CURTAIN and his adaptation of THE LEGEND OF SLEEPY HOLLOW. His most recent play for adult audiences, TRICK OR TREAT, opened Off-Broadway on January 12, 2019, and starred NYPD BLUE Emmy-winner Gordon Clapp. Jack’s website is www.jacknearyonline.com
Tickets 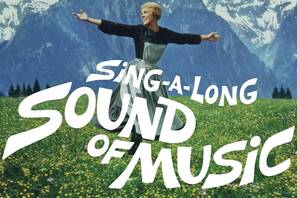 Monday July 5th. Come sing along to your favorite songs from this
Rogers and Hammerstein Classic film.  You will have a ball and
get caught up in the fun and song.  Come in costume!  Come with your best singing voice (or your most enthusiastic sound!!)  We can't wait to hear you burst into song at our beautiful theatre!
​
Tickets
Tickets 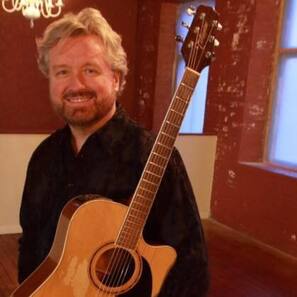 Sat ​July 17, 7:30 PM  Don Campbell  $30
​​Sponsored by Norway Savings Bank
Don Campbell has a unique and uncanny ability to sing comfortably in the tenor range of Vince Gill, Chris Isaak or Dan Fogelberg, and go easily into the subbass vocal level range of country greats Josh Turner and Johnny Cash. Don Campbell’s music resides in the home of “American crossover” akin to the Eagles and John Cougar Mellencamp.
Don won a $50,000.00 Grand Prize at Nashville’s Grand Ol’ Opry with his original music, a Grand Prize custom Gibson Les Paul guitar from Jim Beam’s Back Room Band Search, and he’s a six-time winner of the title, “Maine’s Best Singer-Songwriter” from the Maine Sunday Tele- gram’s Annual Reader’s Poll. He has also received recognition for his Double CD Release, Kites To Fly – Celebrating The Music of Dan Fogelberg. Officially endorsed in April of 2014 by the Fogelberg Association of Peoria, he and bandmates tour the country performing “An Evening of Dan Fogelberg Music.
Don Campbell’s mandate is to “Always perform for the audience, never at them.” He pleases listeners, venue buyers and event organizers with well-attended and memorable concerts, and shows continued strength in music sales. Don is a highly-talented multi-instrumentalist and plays acoustic guitar, piano, B3 Organ, bass, electric guitar, nylon string guitar, mandolin and harmonica in recordings. These are all impressively delivered in his latest feature album, The Dust Never Settles, a fullbodied collection of songs about the magnetization of love. Don’s music feels like a friend, a natural extension of the singer-songwriter. Don Campbell performs nearly 200 shows per year and resides in Portland, Maine. 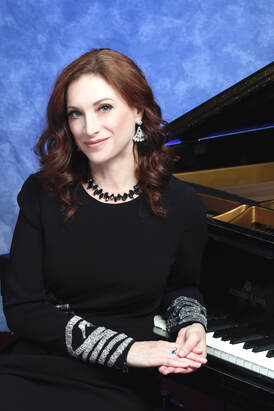 Robin Spielberg
Saturday, July 24, 7:30 pm, tickets are $28
ROBIN SPIELBERG is one of America’s most beloved pianist/composers. With an impressive tour schedule and hundreds of thousands of recordings sold, this Steinway Artist has been winning the hearts of listeners around the world with her compelling melodies and sensitive piano techniques since debuting her first recording of original solos for piano.  A prolific composer, Spielberg has 20 recordings to her credit and appears on over 40 compilations around the world. Her discography includes albums of original piano solos, arrangements of American standards, original pieces for piano/ensemble, recordings for the holidays, a CD of American melodies, and a CD of lullabies. Robin Spielberg is represented on tour by Kosson Talent. 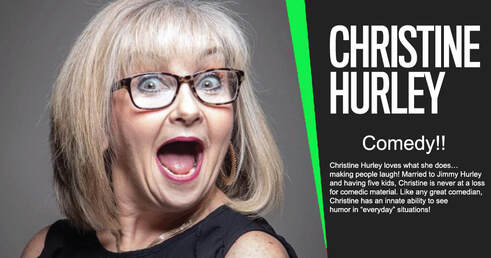 Christine Hurley loves what she does…making people laugh! Married to Jimmy Hurley and having five kids, Christine is never at a loss for comedic material.  Like any great comedian, Christine has an innate ability to see humor in “everyday” situations. For years, she entertained family, friends and neighbors in their kitchens, at barbeques and the grocery store aisles. The only difference now is she uses a microphone and a stage.  Christine’s maiden voyage into the world of stand up comedy was an open audition in New York City. The television network Nick at Nite was looking for “AMERICA’S FUNNIEST MOM.” She figured if it didn’t go well, no one in New York would have known who she was anyway… Turns out it went well! Out of thousands of entries, Christine was selected to be a finalist on the nationally televised show. The producers of the show included Carol Leifer (Seinfeld show producer), Jeff Singer (talent scout, Montreal Comedy Festival), Jeffrey Ross (Comedy Central roast master) and actress Sandra Bernhardt.  Her stories and views on motherhood and marriage are exactly what everyone is living through…people get it and love it!  Christine Hurley has quickly become a favorite in the comedy world. She works with, and is respected by Boston’s comedic legends. Among them being; Don Gavin, Lenny Clarke, Steve Sweeney, Paul D’Angelo, Paul Nardizzi, Patty Ross, Tony V, Loretta Laroche,…and her biggest fan and mentor Johnny Pizzi.​ 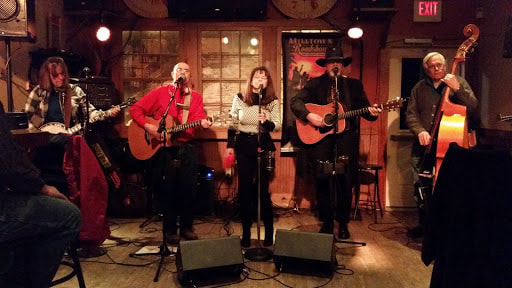 ​Milltown Roadshow
July 8th and Aug 5th at 7:00PM in the Salt Lick Cafe at Deertrees!


Maine Singer/Songwriter Terry Swett leads the Milltown Roadshow for Deertrees Salt Lick Cabaret Series.  The five piece band is based in and around Bridgton, Maine, features a unique blend of “Americana” music drawn from a variety of genres as well as a selection of well crafted original songs. The band’s diverse repertoire allows it to adapt its performances to a broad audience.  With unsurpassed vocal harmonies and strong instrumentation this sometimes thought provoking, sometimes emotional and often energetic group of seasoned professionals are sure to deliver a memorable and positive entertainment experience.
Milltown Roadshow – milltownroadshow.com
Tickets 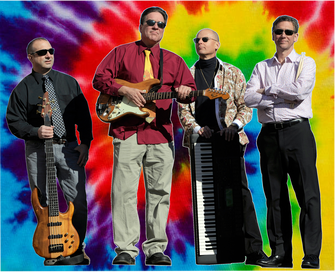 ​The Back Pages Tribute Band
The members Washington, D.C.’s The Back Pages Band have been performing their “60s Tribute” show -- featuring the extraordinary music of “the Golden Decade of Rock” (technically, 1963-1973) -- since the early 1970s.

The musical decade that exploded onto the scene with the music of artists like the Beatles, the Beach Boys and Bob Dylan, and ended with a hand-off to a new generation of artists like the Eagles, Van Morrison and Bruce Springsteen, produced the most varied and creative songs in pop music history.

Join us for a mind-expanding trip through this magical musical decade, and enjoy the music of -- and the Band’s commentary on -- those artists, the Buckingham's, Motown and Stax stars, the Bee Gees, Creedence Clearwater Revival, the Animals, Johnny Rivers, the Monkees, Tommy James & the Shondells, the Youngbloods, and more!”

​“The Back Pages Band’s 1960s Tribute Show – Join us when one of Washington, D.C.’s top bands visits the Theatre to take us on a musical journey through the extraordinary range of fantastic music of the ‘60s.  Get your tickets early, because this show is likely to sell-out like our classic 70s/80s rock and Dan Fogelberg tribute shows.”
Tickets $32 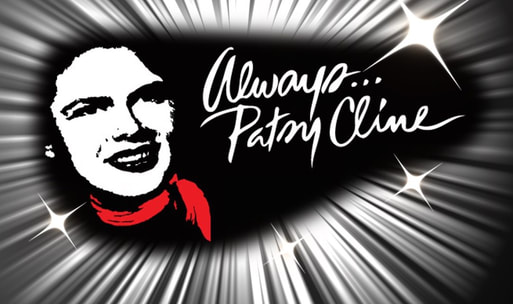 Always . . . Patsy Cline
Friday and Saturday, September 3,4  7:30 pm, tickets are $32
Always…Patsy Cline is a musical based on the true story about Patsy Cline's friendship with a fan from Houston named Louise Seger, who befriended the star in a Texas honky-tonk in 1961, and continued a friendship with Cline until her death.  The show is a tribute to the legendary country singer who died tragically at age 30 in a plane crash in 1963.  The musical play, complete with down home country humor, true emotion includes many of Patsy' unforgettable hits such as Crazy, I Fall to Pieces, Sweet Dreams and Walking After Midnight…27 songs in all.  The show's title was inspired by Cline's letters to Seger, which were consistently signed "Love ALWAYS… Patsy Cline."  Always…Patsy Cline has been one of the most produced musicals in America, including a successful run off-Broadway according to American Theatre Magazine.
​
DONATE NOW